Images of refugees entering Greece have been blazing across Europe for almost half a decade – now it’s time to hear their voices. Thessaloniki’s radio station ‘FM100’ is about to bring those voices to the airwaves with a weekly show staffed by refugee volunteers from the local Centre for Integration of Immigrants.

Asylum seekers are volunteering to bring their music, their stories and their journalistic skills to bear with a programme aimed at both migrant populations and the incumbent community. Shattering the notion that migrants form a single homogenous group, the station will be presented in Greek, Arabic, Urdu, Turkish and Kurdish.

"No man will be without a homeland, as long as Salonica exists” so wrote the Byzantine philosopher Nikephoros Choumnos.Yesterday at #IntCities2018 @GDimarelos explained us why Thessaloniki have chosen to sign the @IntegratingCTs Charter @EUROCITIEStweet #comm4action pic.twitter.com/9ZJ7FfrtUV

Thessaloniki is not just acting to facilitate migrant integration through volunteering – it is also preaching what it practices. The city has joined the European funded VALUES project, which stands for Volunteering Activities to Leverage Urban and European Social integration of migrants. Through VALUES, Thessaloniki will be able to share best practices like refugee radio with fifteen other partner cities: Amsterdam, Bristol, Brno, Cesena, Dusseldorf, Madrid, Nuremberg, Ostend, Riga, Sheffield, Terrassa, Toulouse, Turin, Oslo and Zurich.

ON THE SAME WAVELENGTH

From right to left, Dusseldorf, Thessaloniki, Amsterdam, Zurich and Oslo at VALUES launch meeting
The project, coordinated by EUROCITIES with the support of MigrationWork and the European Volunteer Centre, was launched this month in Brussels, where the cities met for the first time. Thessaloniki, paired with Amsterdam, Dusseldorf and Oslo, will be working on how cities and volunteers can cooperate on migrant integration at neighbourhood level. As these cities work together on volunteering and integration, they will produce a toolkit that other cities can use in their own contexts.

Bringing refugee voices to the radio is just one of many techniques to smooth integration in local communities. By spreading the word about social, recreational and cultural events, the station will create encounters between refugees and local people. It will also transmit social maps of the city, investigating local landmarks with an emphasis on common features with the cultures of refugee origin.

Finding such commonalities is key to creating communities where all residents, Greek, migrant and refugee, understand and support one another. Continuing the work of other Integrating Cities projects, such as ImpleMentoring and Cities Grow, VALUES will demonstrate how cities can and must be key actors of positive change. 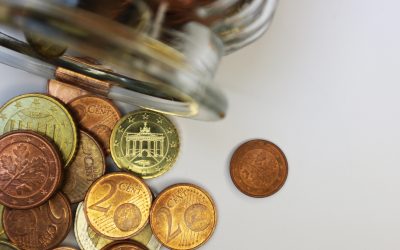